Tours to Armenia: Most Popular Destinations and Sightseeing Places

Between the ridges of the Lesser Caucasus lies a small country with an impressive history – Armenia. Trips to Armenia will make you feel the charming Armenian flavor immediately after getting off the plane ladder. Guided tours to Armenia will introduce you to ancient Christian shrines, relict nature reserves and truly ancient Armenian cities. Armenia is also famous for its cuisine: it has become famous all over the world as one of the most ancient cuisines: the country’s culinary traditions date back more than one thousand years. The sights of Armenia can impress even the most demanding tourists: Khor Virap monastery, which is 1700 years old, the healing waterfall Jermuk, rock architecture and the ancient cities of Urartu, as well as numerous Christian shrines.

Tours to Armenia: Unique experiences in an ancient Christian country

We’ll drive up to the main church of all Armenians and the first cathedral in the world – Echmiadzin, which means “the only begotten”. The Lord himself indicated the place of construction of the future church in the vision of the first Catholicos (Patriarch) of Armenia, St. Gregory Lusavorich.

The Echmiadzin Museum stores unique relics of all Christian significance – the fragment from Noah’s Ark to the fragment of the crown of thorns of the Lord, as well as the relics of many Apostles and saints. The museum is located in the eastern part of the Cathedral, beyond the altar. 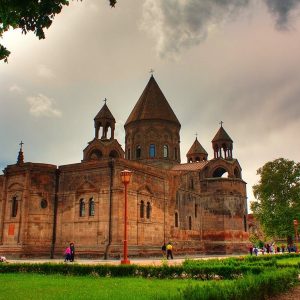 A visit to the majestic ruins of the three-tier church of St. Gregory will astonish you: this temple is called Zvartnots which was built in the 7th century by Catholicos Nerses the Builder. Zvartnots was a bold and unique creation for its time. Graceful bas-reliefs adorned the walls of the temple: fragments of patterns are still preserved.

On the territory of Zvartnots temple, you’ll see a whole town of household and religious buildings, such as cells of monks, a bathhouse, a library, the palace of the patriarch, a winery, a well. As well as pre-Christian monuments, like the Urartian stele with the inscription of the 7th century BC. 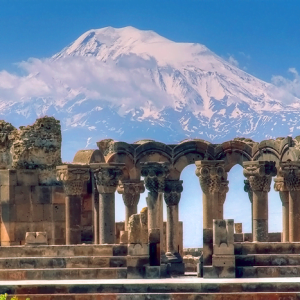 We’ll make a trip to Garni fortress – a pagan temple dedicated to the sun god Mitre. Garni is the only Hellenistic temple that has survived to this day in the whole of Transcaucasia. The temple stands on the edge of a picturesque gorge. There is a summer residence of Armenian kings with palace and outbuildings and a unique bathhouse of the 3rd century. 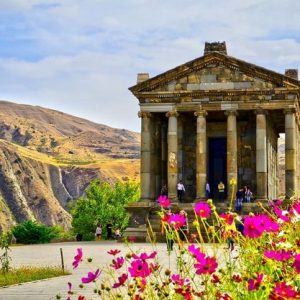 The famous Geghard rock monastery of the 5-14th century is located 8 km from Garni. Geghard monastery consists of a large elevated temple, 2 tombs carved into the rock, 2 rock churches, and the elevated church of Surb Katoghike. There are dozens of caves in the vicinity of the monastery, in which ascetics and hermits lived in antiquity. For five hundred years, the “Spear of Destiny” was kept in Geghard, with which Jesus Christ was pierced by the Roman guard. The spear was brought to Armenia in the 1st century through the efforts of the Apostle Thaddeus. Nowadays, the Holy Lance is kept in the Museum of the Cathedral in Etchmiadzin. 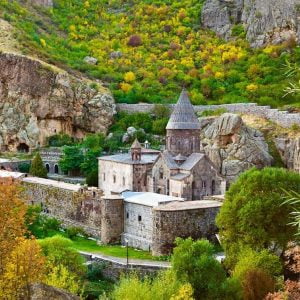 We’ll make a tour to one of the most revered shrines of Armenia- the monastery of Khor Virap, where for many years the first patriarch of Armenia, St. Gregory Lusavorich was imprisoned. We’ll make a descent into the 8-meter dungeon. The monastery is located near the Turkish border: from here is the best view of Mount Ararat. The monastery stands on the site of the ancient and perhaps one of the most famous capitals of Armenia – the city of Artashat founded in the 2nd century BC, by the Armenian king Artashes. Only the foundations of the fortress, citadel, royal palace, pagan temple have survived, but most of Artashat has not yet been excavated. 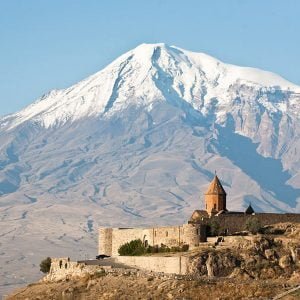 A trip to the tomb of St. Mesrop Mashtots who is a creator of the Armenian Alphabet in the village of Oshakan will excite you. There you will see a unique avenue of Armenian letters, each letter of the alphabet is made of tuff, richly decorated with carvings and bas-reliefs. The tomb itself dates back to the 5th century, and the church was built above the tomb in the 17th century. It’s one of the few churches in Armenia where there are a lot of frescoes.
In Oshakan, it will also be possible to observe numerous nests of storks located on the roofs of houses and on poles of electric networks.

Tour to the medieval fortress Amberd (7th-13th century) on the southern slope of Mount Aragats, at an altitude of 2300 meters will amaze you. Don’t miss a visit to the church of Surb Astvatsatsin or Vagramavank ( 1026) near the Amberd fortress.

We’ll rise to the mountain lake Kari near the station of astrophysicists at a height of 3200 meters, under the western peak. On the shore of the lake, there is a small restaurant serving the famous khash all year round. When traveling to the lake, you should stock up on warm clothes, since even in summer it’s cold there. 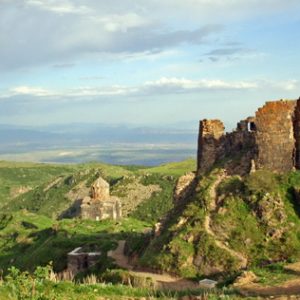 You’ll never forget a trip to the high mountain Lake Sevan (1890 meters). Visit Sevan monastery on the peninsula, from where unforgettable panoramas open onto the water surface of the lake and the mountain ranges surrounding Sevan. 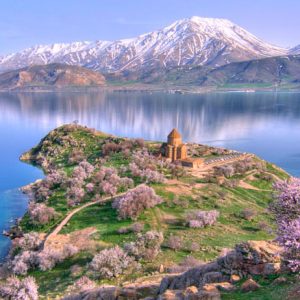 Don’t miss a phenomenal hiking tour to Noravank gorge. We offer walking along this gorge, looking into the caves on the way, the culmination of the hike will be one of the most significant spiritual centers of Armenia – Noravank Monastery, striking with its colors and architecture. The monastery complex is harmoniously inscribed in the surrounding nature – this is a place of pilgrimage. The monastery buildings date from the 9th to the 14th century. 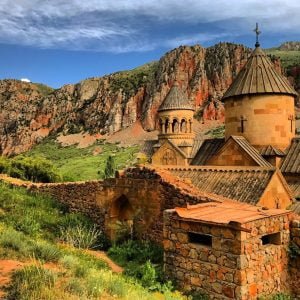 Since 2010, the Tatev Monastery, located on the edge of the Vorotan River Gorge, has been led by the longest reverse cableway in the world, 5.8 km over a precipice of 350 meters. Tatev monastery was one of the largest spiritual and cultural centers in medieval Armenia. And today you can appreciate the whole scale and beauty of Tatev. Powerful fortress walls, dozens of household, educational, administrative and defensive structures adorn the monastery. Panoramas from the monastery is one of the most picturesque in all of Armenia. 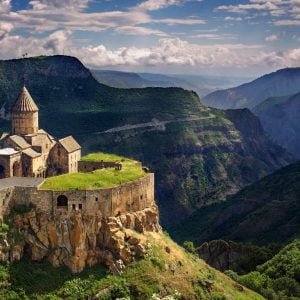 History buffs will certainly not be disappointed with a visit to Khndzoresk – one of the largest villages in Eastern Armenia. Located on the steep slope of the canyon, Khndzoresk is a complex of artificial and natural caves that were inhabited until the 1950s! Yes, it is amazing how people carved out their settlements and lived in them for centuries. In addition to the caves, Khndzoresk is home to the Khndzoresk fortress, the Church of St. Tadevos, the Church of St. Hripsime and the church school “Anapat”.

We’ll drive further to the north of Armenia. The road runs through the alpine meadows of the four-headed extinct volcano Aragats. Our tourists will admire the views of the province of Lori. The Debed River Gorge is one of the most beautiful places in Armenia. We’ll make a visit to the 6th-century church in the picturesque village of Odzun.

You won’t ever forget our visit to the monastery complex of Sanahin and Haghpat, both monasteries of the 10th century are surrounded by forests, at a dominant height. The monasteries of Haghpat and Sanahin, taken under the care of UNESCO, are among the monuments of the world cultural heritage. 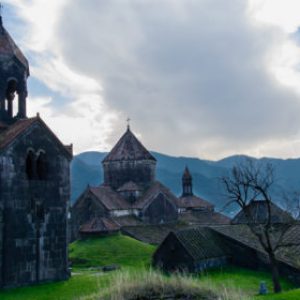 So, if you are one of these curious minds who are happy with discoveries of secrets and unsolved puzzles, let’s begin our journey through the most mysterious sights of Armenia.
Already intrigued and want to immerse yourself in revealing the secrets stored in Armenia? Contact Armadventure travel and our professional guides will accompany you during your trip to Armenia!