In the province of Ayrarat of ancient Great Armenia, on the eastern slope of one of the hills of the historic city of Artashat, at the site of the acropolis Khor Virap monastery is located.

Khor Virap is one of the Armenian shrines, which in ancient times was a famous place of pilgrimage. The history of this monastery is closely connected with the Great Return of Armenians to their homeland, with Christianity, with all the processes of educational and cultural development in the country.

Tourists are attracted here by the asceticism of the monastery, as well as by its significance: the fact is that it was here, in this city in 301, that the decision was first made to make Christianity the state religion of Armenia.

At first, Khor Virap was a dungeon, not a monastery, and its significant role in the history of Armenia begins with the rule of Trdat III. One of the first prisoners in this dungeon was the enlightener of Christianity in Armenia, Gregory (Grigor) the Illuminator, since the latter refused king Trdat’s order to accept paganism.

Grigor Lusavorich (Gregory the Illuminator) spent 14 years in a deep dungeon Khor Virap (Khor means deep, Virap – pit, dungeon) with poisonous snakes, but remained alive, and was released after he healed Trdat from an incurable disease. After healing, the king accepted Christianity, freed Gregory, making him his adviser, and began to spread Christianity himself, accepting it as the state religion of his country. After his release, Gregory the Illuminator became the Catholicos of all Armenians. 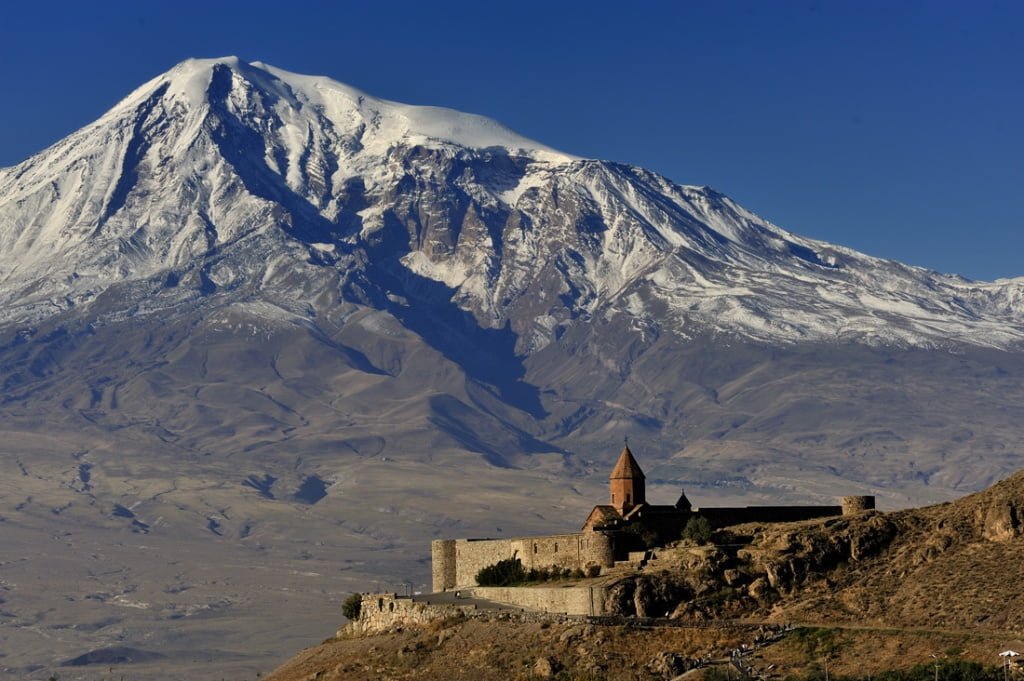 
However, Khor Virap is important for Armenians not only for its connection with Christianity: the monastery is closely associated with the symbol of Armenia. It is from here that the unimaginable view of Mount Ararat opens. Due to circumstances, the symbol of Armenia Ararat today is not in its historic homeland, but in Turkey, and the monastery of Khor Virap is 40 km away from the mountain and from the Turkish border. If you look closely, you can see the border posts of Turkey. 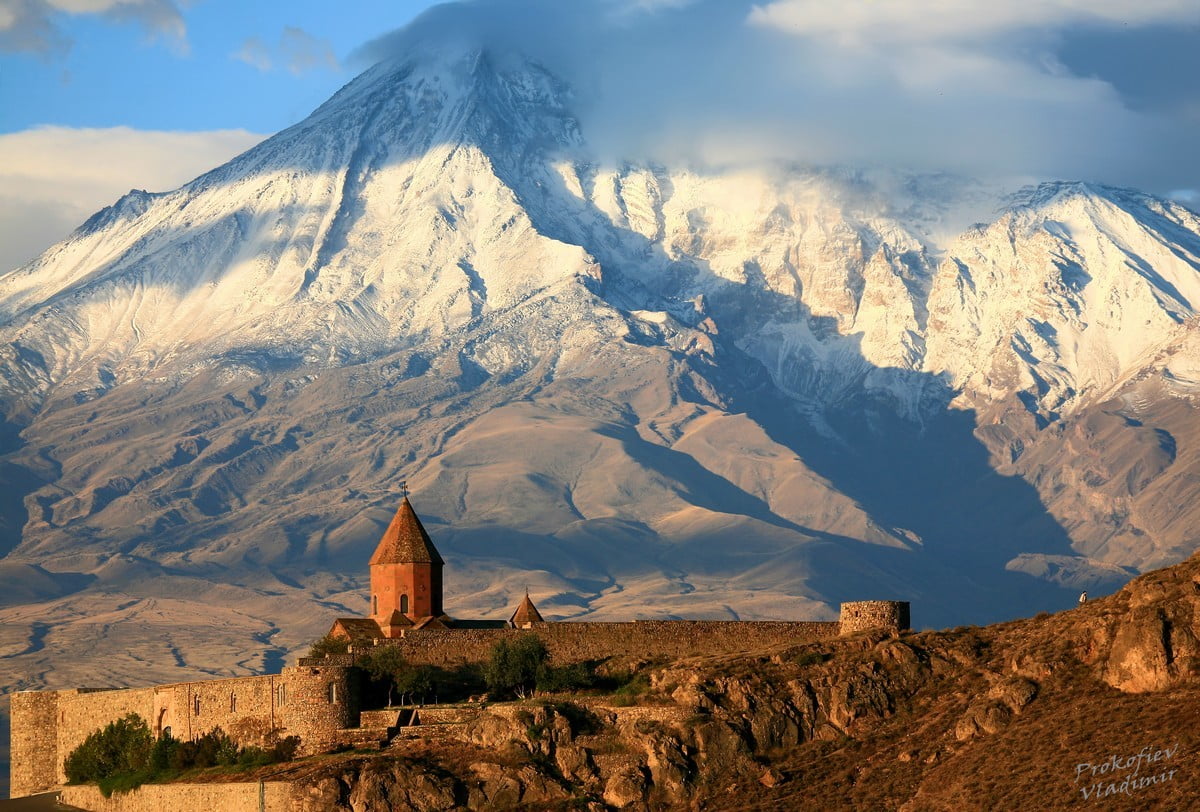 Things to see in Khor Virap

Khor Virap monastery is beautiful because the ascetic fortress among the open space surrounded by a wide plain overlooking the magnificent Ararat is a truly breathtaking panorama. Here you can see the historic dungeon inside the chapel, where the educator of Armenia and the first Catholicos of all Armenians were kept for many years. Nearby is the Church of the Blessed Virgin, which was built on the remains of the 5th century. Around the entire structure, a stone wall was built in the 17th century, which creates the impression of a mighty fortress. 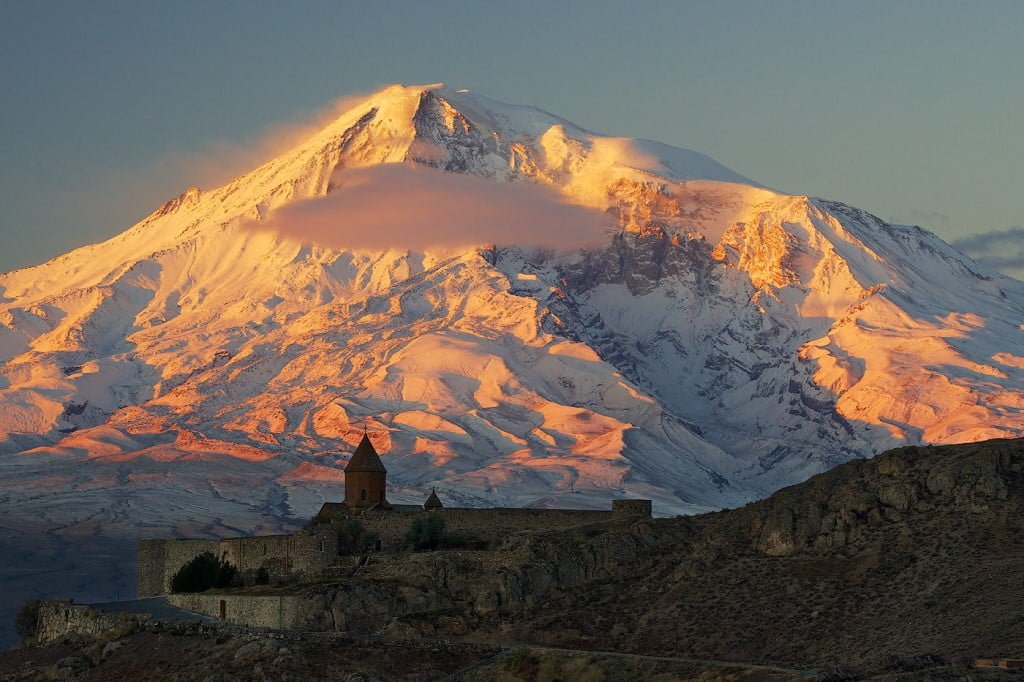 How to go to Khor Virap


You can get to Khor Virap from Yerevan within the framework of a pre-selected excursion. You can do it yourself on the minibuses that travel from Yerevan to the city of Artashat, and then by taxi to the monastery. If you want to drive your car – the main thing is to follow the roads E117 and H11.☺