Armenia today is a prosperous country, which year after year becomes more and more attractive for tourists and foreign guests. Every citizen of Armenia and Nagorno-Karabakh considers it his/her duty to make his/her homeland a little more prosperous.  And a vivid example of this is the swinging bridge in the cave city of Khndzoresk, not far from the city of Goris.

Khndzoresk is one of the most impressive and mysterious places in Armenia because by visiting this village, you can clearly see how our ancestors lived and what progress led us to today’s level. Even before 1950, the people of this area lived in caves for 1000 years, and now you can walk through the abandoned city and feel the spirit of those times when there was no Internet, no phones, no connection. Because of its inaccessible location, the city remained inaccessible for both enemies and developing urban infrastructure. People lived in natural caves, dug their own new ones, paid tax to the Tatev monastery located not far away.

All this lasted until the Soviet authorities decided to relocate the people of Khndzoresk because the Soviet citizens were ashamed to live in caves.

However, the people here were not unhappy, because they were developing their way of life in every possible way: the roofs of some cave houses were a courtyard for another cave house, the caves served as houses for people and pens for cattle. The village was not small, there were 7 schools, 25 stores and approximately 8,500 people. 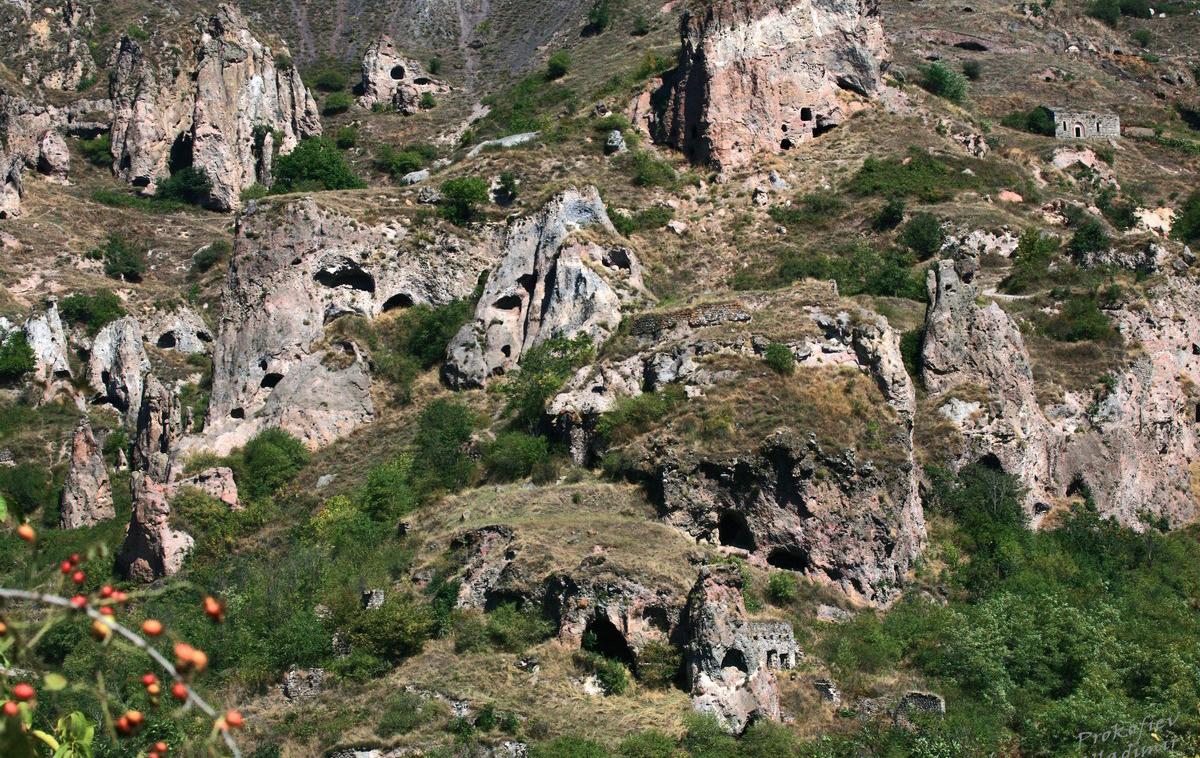 Things to see in Khndzoresk, Armenia

In addition to the cave houses in the abandoned city, you can see the ruins of the church of St. Hripsime with the bell tower and the church of St. Tadevos (Thaddeus). Two springs were also saved, over which monuments were built: the local residents had no problems with drinking water. In Khndzoresk, you can also see the remains of a children’s Sunday school.

The most intriguing and perhaps a bit scary sight of this region is the swinging bridge, which was built by the local resident Zhora Aleksanyan, and was built by the whole village. They built the bridge manually because the necessary technology was not easy to get. Previously, to get to the other side, residents and tourists were forced to walk 6 km. Locals thus connected not only the two sides of the gorge but also the old Khndzoresk with the new one, unforgotten past – with the present. 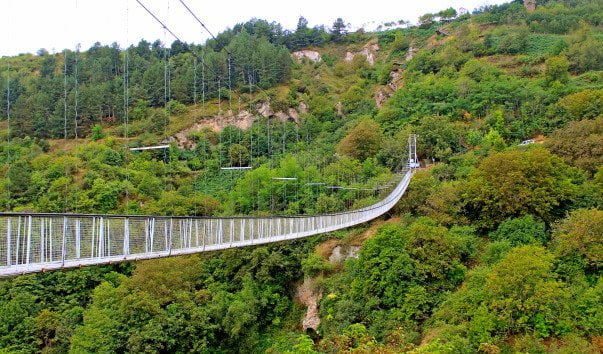 How to get to Khndzoresk?

The abandoned city is located 8 kilometres from the city of Goris, not far from the border with Nagorno-Karabakh. You can get there by car, but the roads are not in the most perfect condition, and the road is quite long, because the distance between Yerevan and Khndzoresk is 248 km, so we recommend you to buy a tour to Khndzoresk and take a tourist bus, after having a look at the weather forecast.