On the territory of Armenia there are many historical, cultural, natural sights, and here every guest, regardless of preferences, will find something interesting and delightful. However, religious sites and monuments are the most impressive in the numerous places in Armenia, thanks to which Armenia is becoming a centre of religious tourism. Therefore, to arrive in this country and not to visit its Holy City and religious centre means to keep Armenia closed for yourself. The name of this Holy City is Echmiadzin.

Echmiadzin, formerly known as Vagharshapat, was founded in the 2nd century. After the Romans defeated the city of Artashat, Echmiadzin became a cultural and political centre, and then the religious centre of Armenia, and remains so to this day. Echmiadzin Cathedral began was built in 301, after Christianity became the state religion of Armenia, and Armenians have kept to this religion for centuries.

In the 6th century, BC Prince Vardges built a large city and called it Vardgesavan. After several centuries, King Vagarshak I (117–140) surrounded Vardgesavan with a large fortress wall and made the city the second capital after Artashat, and renamed it Vagarshapat. The city was called Vagharshapat until 1945 after it was renamed Echmiadzin in honour of the Echmiadzin Monastery, which became the residence of the Catholicos of All Armenians. In 1992, the city took the former name Vagharshapat, but today the name Echmiadzin is more often used among people. 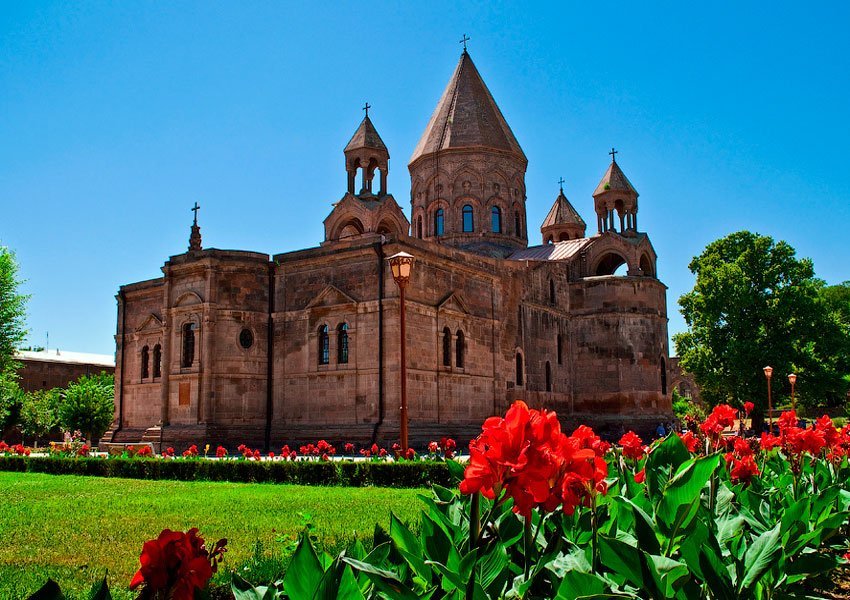 The Legend of Echmiadzin


According to the legend, the enlightener of Armenia Grigor Lusavorich had a dream in which Jesus Christ – the Son of God – descended from heaven and with a fiery hammer pointed to the place where a religious monastery should be built. In 303, two years after the adoption of Christianity as the state religion, a Christian church was built on the site of the pagan temple, which was called Echmiadzin, which is translated from Armenian as “And the only son came down.”

Thus, the cathedral is considered to be one of the first Christian churches in the world. Echmiadzin Cathedral is the main church of the Armenian Apostolic Church. 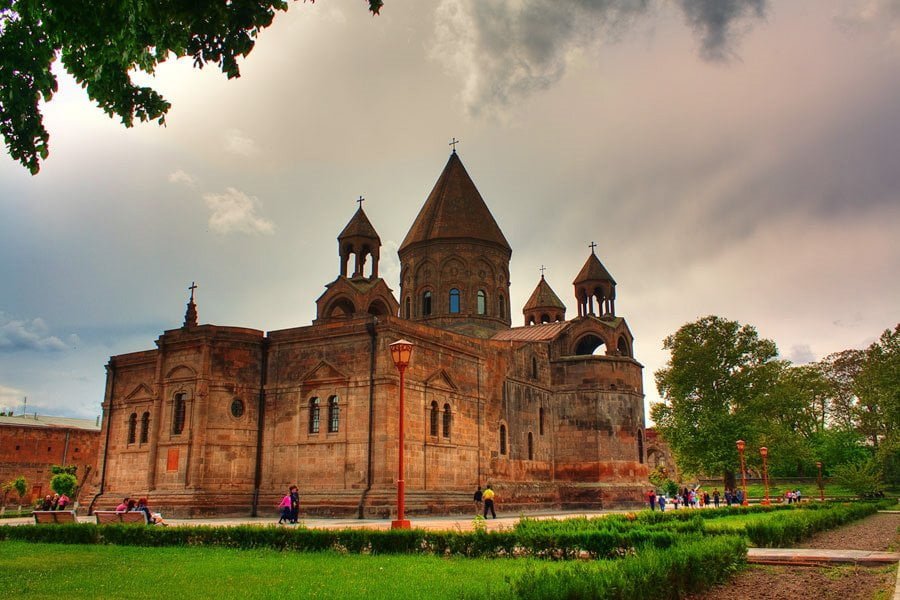 Things to do in Echmiadzin


In the city of Echmiadzin, you can see the Mother See of Echmiadzin Cathedral and theological schools. Next to the cathedral is the temple of the holy Gayane built in 618. The Echmiadzin Treasury Museum holds the Longing Spear – a spear that was put into the body of Christ on the Cross. The spear was brought to Armenia by the Apostle Thaddeus and it was previously kept in Gegardavank, another religious sight of Armenia. 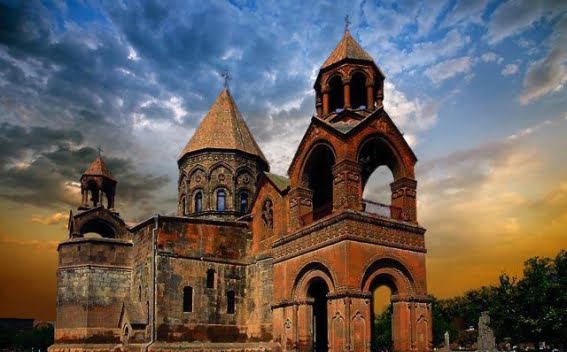 
The distance between Echmiadzin and Yerevan is only 30 km. The city is situated 15 km. from Echmiadzin railway station, in the Ararat valley.

When to visit Echmiadzin?

Echmiadzin is worth a visit especially on the day of the city – October 8 and during the Easter holiday, as it is celebrated here in a unique way.